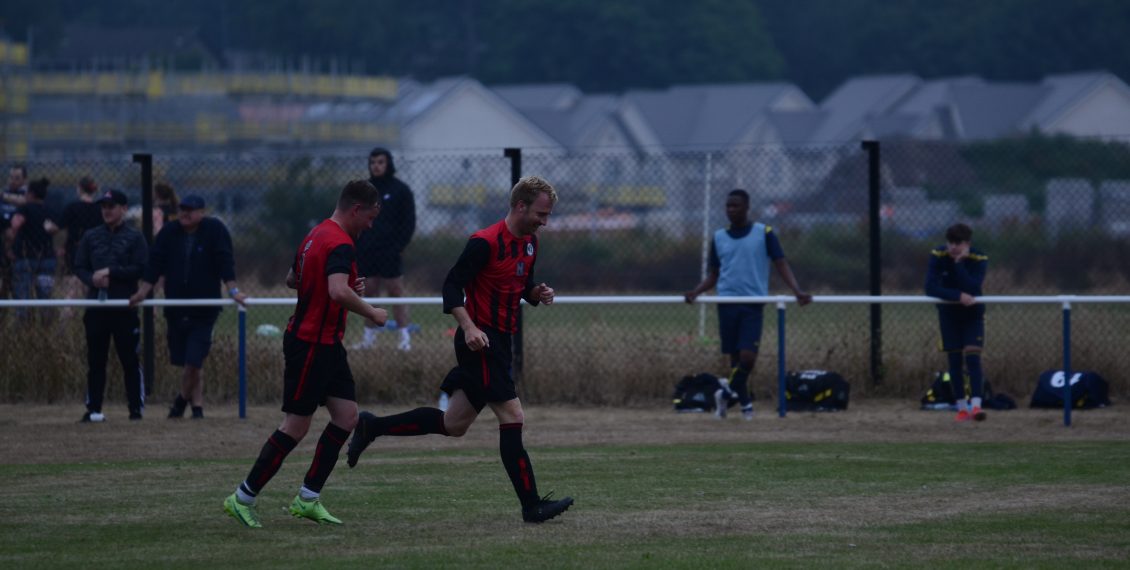 We travelled to Woodside to play the home side who had started with two wins out of two on their travels so knew it was going to be a tough game.

For another game we started slowly and Glentanar had the first couple of opportunities but Mitchell saved comfortably and the shot went wide. We then took control of the game and dominated for the rest of the half however the woodwork was hit 3 times from shots from McMahon, Tough and Gerrie and the home keeper made 3 cracking saves from Wood, Tough and McMahon again to deny us.
However we did make the breakthrough in the 37th minute when after another corner birthday boy David Black celebrated in style by bulleting a header past the home keeper from a E Dryburgh corner. We could not build on this and only went in at the break one up.
HT 0-1
We started okay in the second half but after only 7 minutes of the second half the home side were awarded a penalty after Walton was beaten by the centre half and as he tried to track him into the box he tripped and put his hand on the players back who went down. The home forward slotted the ball past Mitchell.
Within 5 minutes the home side were reduced to 10 men when the centre back was shown a harsh red card for a tackle on Gerrie as he tried to recover from losing the ball in the middle of the park.
We had a lot of possession however struggled to break down the home team and were sloppy in the final third when opportunities arose. The home side were scrapping for everything and showing a great attitude. Although it was scrappy we did get the opportunity to win the game when in the 83rd minute Hardie was adjudged to have been tackled from behind as he tried to control the ball in the box. Soft it may have been but contact there was so Tough took the responsibility for the penalty and he sent the keeper the wrong way to put us 2-1 up. We held out for a valuable 3 points.
We just did enough to get the win in the end, however if we were more clinical in the first half it would not have been so nervy in the second half but credit to Glentanar who kept on battling even when they went down to 10 men.
We keep the unbeaten run going

We caught up with the gaffer and the birthday boy, Davie Black after the game to get their thoughts…

It’s another massive 3 points and shows the character of this group of players. We really should’ve had the game dead and buried with the clear cut chances but find ourselves at 1-1 in the 85th minute. We kept asking questions and got our reward with Matty sticking the penalty away. Fair play to Glentanar, they stuck at it until the last minute but it’s a lesson in taking our chances. I think we hit the bar, post twice, at least 3 great saves from Euan Rose in their goals and a few more big chances we really should be sticking away.

Delighted to keep the unbeaten run going. In truth, the game should’ve probably been out of sight in the first half with us hitting the bar, post and the keeper pulling off some great saves. The pen let them back in but the boys kept the heads down and were superb in pushing on to get the winner.